To accommodate our growing firm, Forrest B. Johnson & Associates is proud to announce the opening of our two new offices at the following locations:

FAMILY OF DEREK DAVIS RETAINS FORREST B. JOHNSON & ASSOCIATES TO RECOVER FOR THEIR TRAGIC AND HEARTBREAKING LOSS 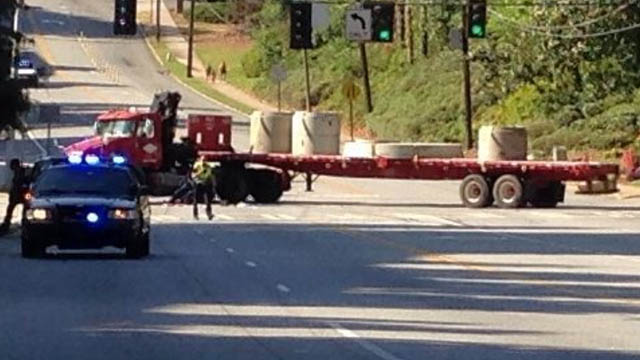 Derek Davis of Lithonia was killed in an accident that occurred on September 2, 2014 in Fulton County, Georgia.   At the time of the accident, the driver of a Foley Products Company flatbed tractor unit was traveling south on Lenox Road.  Mr. Davis was also traveling southbound on Lenox Road.   The tractor driver stopped his unit and attempted to make U-turn on Lenox Road blocking the pathway of Mr. Davis’ oncoming motorcycle causing a fatal collision.  The tractor driver was cited for making an improper U-turn and second degree vehicular homicide.

A HOUSTON COUNTY MAN KILLED IN A MOTOR-VEHICLE ACCIDENT

On August 27, 2014, Linwood Gantt, 66 of Warner Robins, was traveling north on Interstate 75 in Macon, Georgia.   Suddenly and without warning, Mr. Gantt came upon a tractor-trailer that was stopped in the roadway.  The tractor-trailer was operated on behalf of Nestle Transportation Company.

On March 8, 2014, Andre Grier was in his mother’s apartment when an explosion and fire occurred causing serious burn injuries to Mr. Grier. An investigation into this event revealed that the explosion was caused by the ignition of an R22a refrigerant that was used to charge his mother’s air conditioning units.  The investigation further revealed that R22a was not an approved refrigerant for the air conditioning units due to its propensity to cause an explosion.